Showing posts from July, 2021
Show all

I've Been Meaning to Ask: Where Does it Hurt?" 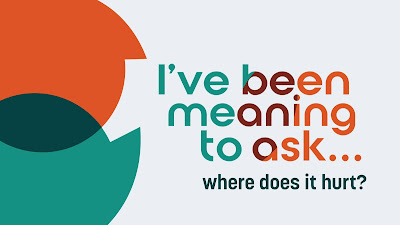 The First United Presbyterian Church of Loveland “I’ve Been Meaning to Ask: Where Does it Hurt?” Rev. Amy Morgan July 11, 2021 1 Samuel 1:1-18 There was a certain man of Ramathaim, a Zuphite from the hill country of Ephraim, whose name was Elkanah son of Jeroham son of Elihu son of Tohu son of Zuph, an Ephraimite. 2 He had two wives; the name of the one was Hannah, and the name of the other Peninnah. Peninnah had children, but Hannah had no children. 3 Now this man used to go up year by year from his town to worship and to sacrifice to the LORD of hosts at Shiloh, where the two sons of Eli, Hophni and Phinehas, were priests of the LORD. 4 On the day when Elkanah sacrificed, he would give portions to his wife Peninnah and to all her sons and daughters; 5 but to Hannah he gave a double portion, because he loved her, though the LORD had closed her womb. 6 Her rival used to provoke her severely, to irritate her, because the LORD had closed her womb. 7 So it went on year by year; as often
Post a Comment
Read more

Dual Citizenship: A Service of Readings and Hymns 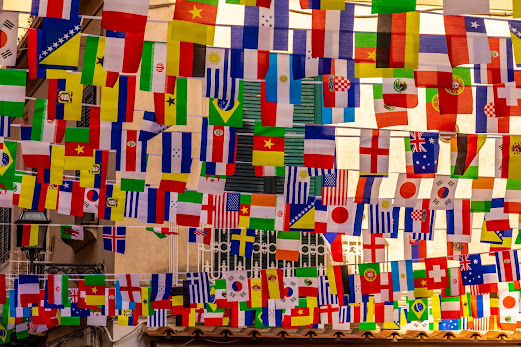 Photo by Nick Fewings on Unsplash The First United Presbyterian Church  July 4th, 2021  Rev. Amy Morgan Dual Citizenship: A Service of Readings and Hymns Theologian Reinhold Niebuhr wrote: "Religion, declares the modern man, is consciousness of our highest social values. Nothing could be further from the truth. True religion is a profound uneasiness about our highest social values." As our nation celebrates today those social values of life, liberty, and the pursuit of happiness, the values of freedom from tyranny and independence from oppressive power, we, as a church, pause this morning to feel the “profound uneasiness” that arises when true religion must reckon with how those social values interact with the inbreaking reign of God. This is not to say we should not celebrate or feel proud of our nation. We will give thanks for all the ways we see God’s liberating power at work in our nation and praise God for the blessings of our earthly citizenship. But this is also an
Post a Comment
Read more
More posts